Discovery of mercury superconductivity by Onnes

Superconductivity it's an absolutely remarkable phenomenon discovered in 1911 by a student working with the famous Dutch scientist, Kamerlingh-Onnes of Leiden University. Kamerlingh-Onnes, pioneered work at very low temperatures — temperatures just a few degrees above the absolute zero of temperature. He succeeded in reaching temperatures much colder than anyone before him, and thus opened a new frontier for science — a field of science previously unexplored, the field of low temperature physics.

Superconductivity is a phenomenon of exactly zero electrical resistance and expulsion of magnetic flux fields occurring in certain materials, called superconductors, when cooled below a characteristic critical temperature. The electrical resistance of a metallic conductor decreases gradually as temperature is lowered. In ordinary conductors, such as copper or silver, this decrease is limited by impurities and other defects. Even near absolute zero, a real sample of a normal conductor shows some resistance. In a superconductor, the resistance drops abruptly to zero when the material is cooled below its critical temperature. An electric current through a loop of superconducting wire can persist indefinitely with no power source.

To test for the complete vanishing of the electrical resistance, Kamerlingh-Onnes devised an ingenious experiment. He took a closed circle of mercury wire and caused a current to flow around the circle. With his experimental arrangement one would expect ordinarily that resistance would cause the current to die out quickly, much as friction and air resistance cause a bicycle coasting on a level road to come to a stop. He found that for a loop of mercury wire the current, once started, would persist for as long as the wire was kept cold. The persistence of the electrical current in the circuit is a kind of perpetual motion — it's a totally startling phenomenon for physicists. In the images above we have the CASCADE APPARATUS (a) constructed by Onnes in 1892 could produce 14 liters of liquid air per hour. Liquid air was essential for operating the hydrogen liquefier (b) he perfected in 1906. The hydrogen gas travels through the system to a liquid air bath and ultimately to an expansion valve, which permits hydrogen gas to expand and liquefy. The liquid hydrogen is collected, while gas returns to the compressor. Onnes developed the first helium liquefier (c) in 1908. He posed with his mentor, Johannes Diderik van der Waals, in front of the device in 1911 (d) and, a decade later, with his chief assistant, Gerrit Flim (e).

On 8 April 1911, Kamerlingh Onnes found that at 4.2 K the resistance in a solid mercury wire immersed in liquid helium suddenly vanished. He immediately realized the significance of the discovery (as became clear when his notebook was deciphered a century later). He reported that "Mercury has passed into a new state, which on account of its extraordinary electrical properties may be called the superconductive state". He published more articles about the phenomenon, initially referring to it as "supraconductivity" and, only later adopting the term "superconductivity".

Physicists understand quite well why an ordinary metal resisted the flow of electric current — why, so to speak, the electrons experienced friction in flowing through a conductor — yet something must go wrong with those ideas when the metal becomes superconducting, in order to allow the persistent seemingly-frictionless flow of current in the superconductor.

The general picture scientists had was that the resistance arises because moving electrons — which are what produce the electric current — from time to time bump into the atoms of the metal and are deflected. 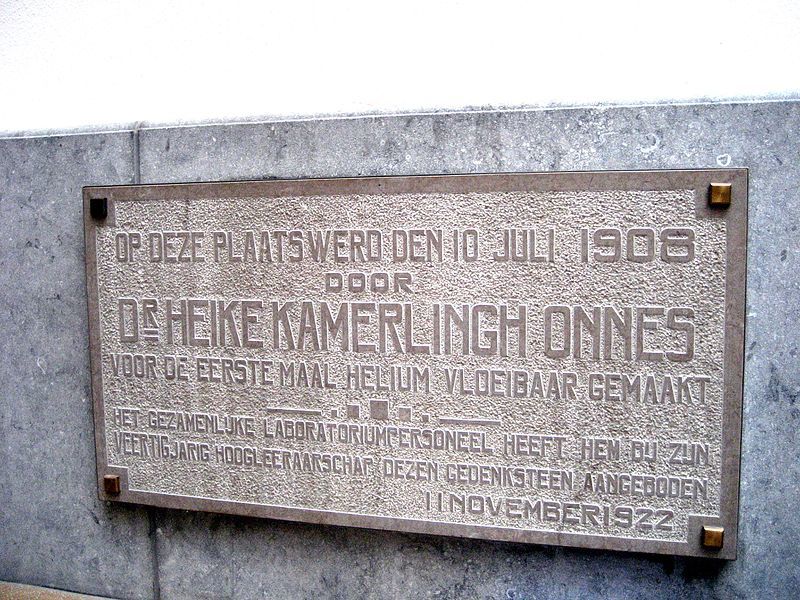 Thus, though they may be given an initial motion through the crystal, that motion does not persist. It's like trying to throw a baseball through a grove of trees. It bounces off the trees and comes to rest. The vanishing of electrical resistance seems analogous to requiring that the grove of trees vanish — and explaining superconductivity is like explaining why the grove appears to vanish. Remember, it's not fair for physicists to take magic as a reason! The fact is that below a certain temperature many metals enter into a new state of matter: the superconducting state. Just suppose you knew water only as a liquid - how curious you'd be when you discovered its transition into a new state of matter: ice.

The explanation of this phenomenon of persistent current challenged the very best theoretical minds. Yet superconductivity remained an enigma for decades.

American Institute of Physics. Available in: https://history.aip.org/exhibits/mod/superconductivity/01.html. Access in: 10/10/2018.