Leda and the Swan

External Link: Leda and the Swan 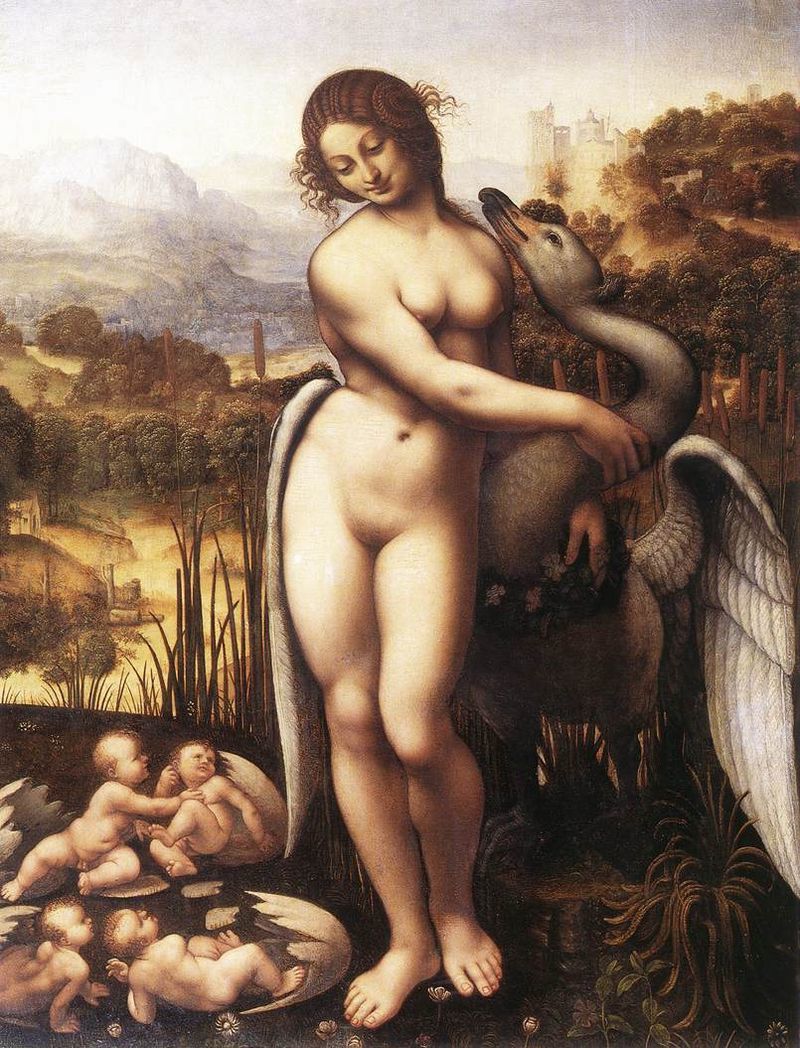 The fashionable subject of Leda and the Swan was the subject of two compositions by Leonardo da Vinci from perhaps 1503-10. Neither survive as paintings by Leonardo, but there are a number of drawings for both by him, and copies in oils, especially of the second composition, where Leda stands.

Leonardo began making studies in 1504 for a painting, apparently never executed, of Leda seated on the ground with her children. Three sketches of Leda by Leonardo exist:

In 1508 Leonardo painted a different composition of the subject. The picture known as Leda and the Swan depicted a nude standing Leda cuddling the swan, with the two sets of infant twins, and their huge broken egg-shells. The original of this is lost, probably deliberately destroyed, and was last recorded in the French royal Château de Fontainebleau in 1625 by Cassiano dal Pozzo:

A standing figure of Leda almost entirely naked, with the swan at her and two eggs, from whose broken shells come forth four babies, This work, although somewhat dry in style, is exquisitely finished, especially in the woman's breast; and for the rest of the landscape and the plant life are rendered with the greatest diligence. Unfortunately the picture is in a bad state because it is done on three long panels which have split apart and broken off a certain amount of paint.

However the picture is known from many copies, of which the earliest are probably the Spiridon Leda, perhaps by a studio assistant and now in the Uffizi,[1] and the one at Wilton House in England. Other copies by Leonardeschi include:

Giampietrino, Leda and the Swan, from the collection of the Marquis of Hastings