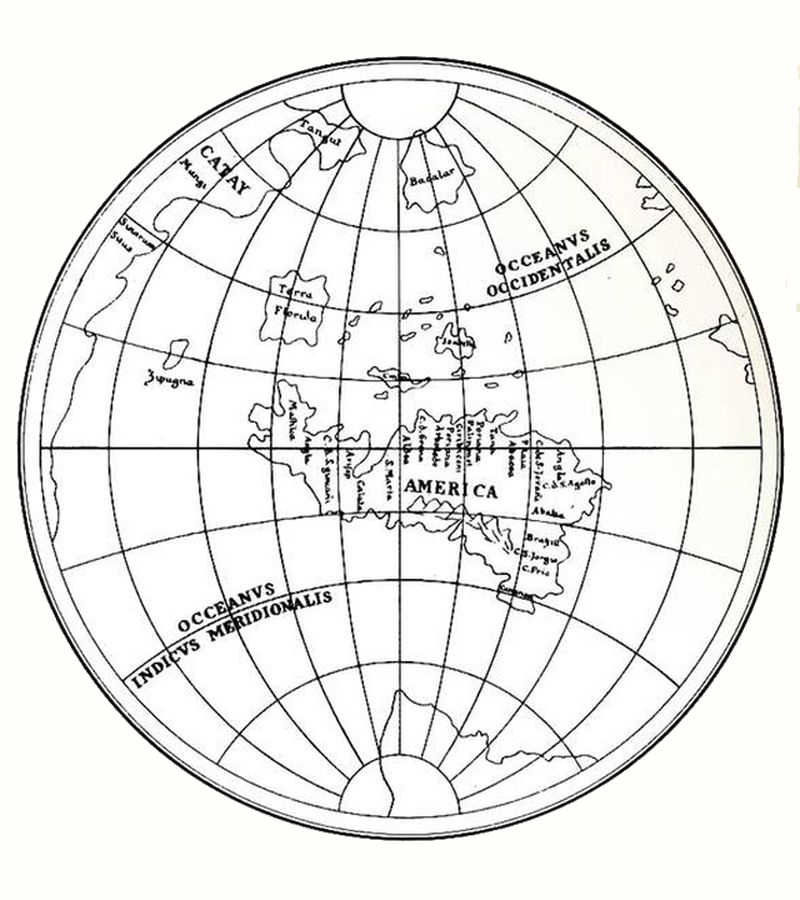 Generally known as Leonardo's world map, it is a map drawn in the "octant projection" in approximately 1514, which has been related with the first uses of the name America. The map shows all the information that Amerigo Vespucci brought from his travels, reported in 1503 and 1505. Additionally, the map shows the Arctic as an ocean and Antarctica as a continent of about the correct size, a cartographic accuracy not replicated for about the following three centuries.

The likelihood that the map, found among Leonardo da Vinci's papers preserved in Windsor, was drawn by Leonardo himself has not been completely accepted by scholars. According to Major, who published the map in 1865 and defended its authenticity, the date indicated would be doubtful also because Florida is drawn as an island with the name of TERRA FLORIDA, while in maps Cosa 1500 and the Cantino of 1502 it appears as a peninsula, whence Major deduced that it should be earlier than 1514. In fact Ferdinand Columbus mentions the Island before 1492 "and upon returning they found the island of flowers .."

Da Vinci developed the concept of dividing the surface of the globe into eight spherical equilateral triangles, each section bounded by the Equator and two meridians separate by 90°. This was the first map of this type.Some critics believe that the existing map was not really an autograph work, since the precision and expertise in the drawing does not reflect the usual high standards of da Vinci. They suggest that it was probably done by a trusted employee or copyist at Leonardo's workshop. Da Vinci's authorship would be demonstrated by Christopher Tyler in his paper entitled "Leonardo da Vinci’s World Map", in which he provides examples of derivative maps in a similar projection to da Vinci's. The map was originally documented by R. H. Major in his work Memoir on a mappemonde by Leonardo da Vinci, the earliest map Being Known hitherto container containing the name of America Grothe.

The name of "Florida" (Terra Florida), correctly placed opposite Cuba although in form of "an island", was probably used for the first time on Leonardo's globe, one year after Ponce de Leon's expedition to Florida.

Leonardo's map authorship it is not universally accepted, with some authors being completely against any minimal contribution from him, either in the map or in the type of projection used; among them, Henry Harrisse (1892),[6] or Eugène Müntz (1899 - citing Harrisse authority from 1892).

Other scholars explicitly accept the authorship of both (map and projection:"..the eight of a supposed globe represented in a plane.."), completely as Leonardo's work, describing the octant projection as the first of this type, among them, R. H. Major (1865) in his work Memoir on a mappemonde by Leonardo da Vinci, being the earliest map hitherto known containing the name of America, Grothe, the "Enciclopedia universal ilustrada europeo-americana" (1934), Snyder in his book Flattening the Earth (1993), Christopher Tyler in his paper (2014) Leonardo da Vinci’s World Map, José Luis Espejo in his book (2012) Los mensajes ocultos de Leonardo Da Vinci, or David Bower in his work (2012) The unusual projection for one of John Dee's maps of 1580. 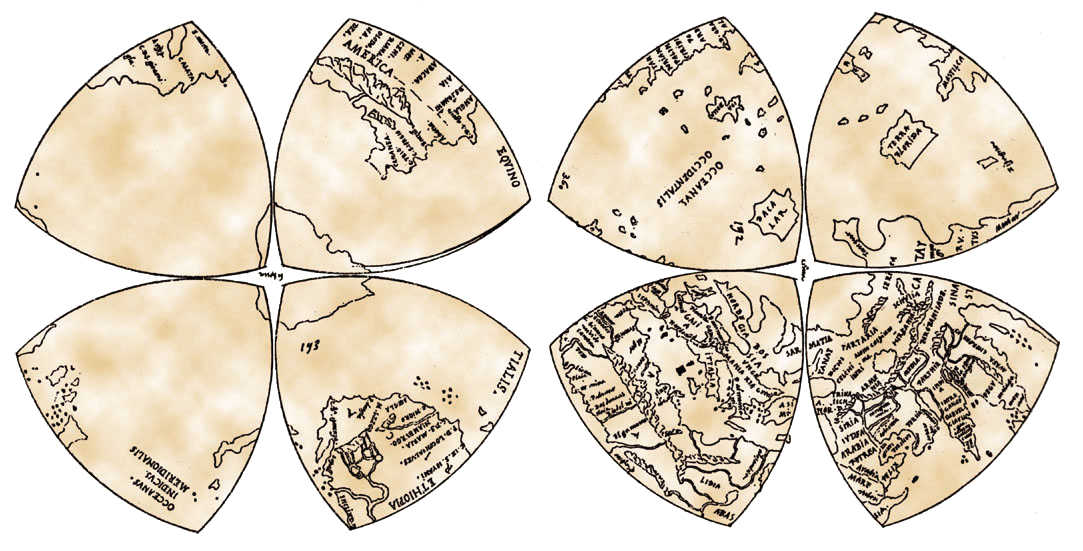