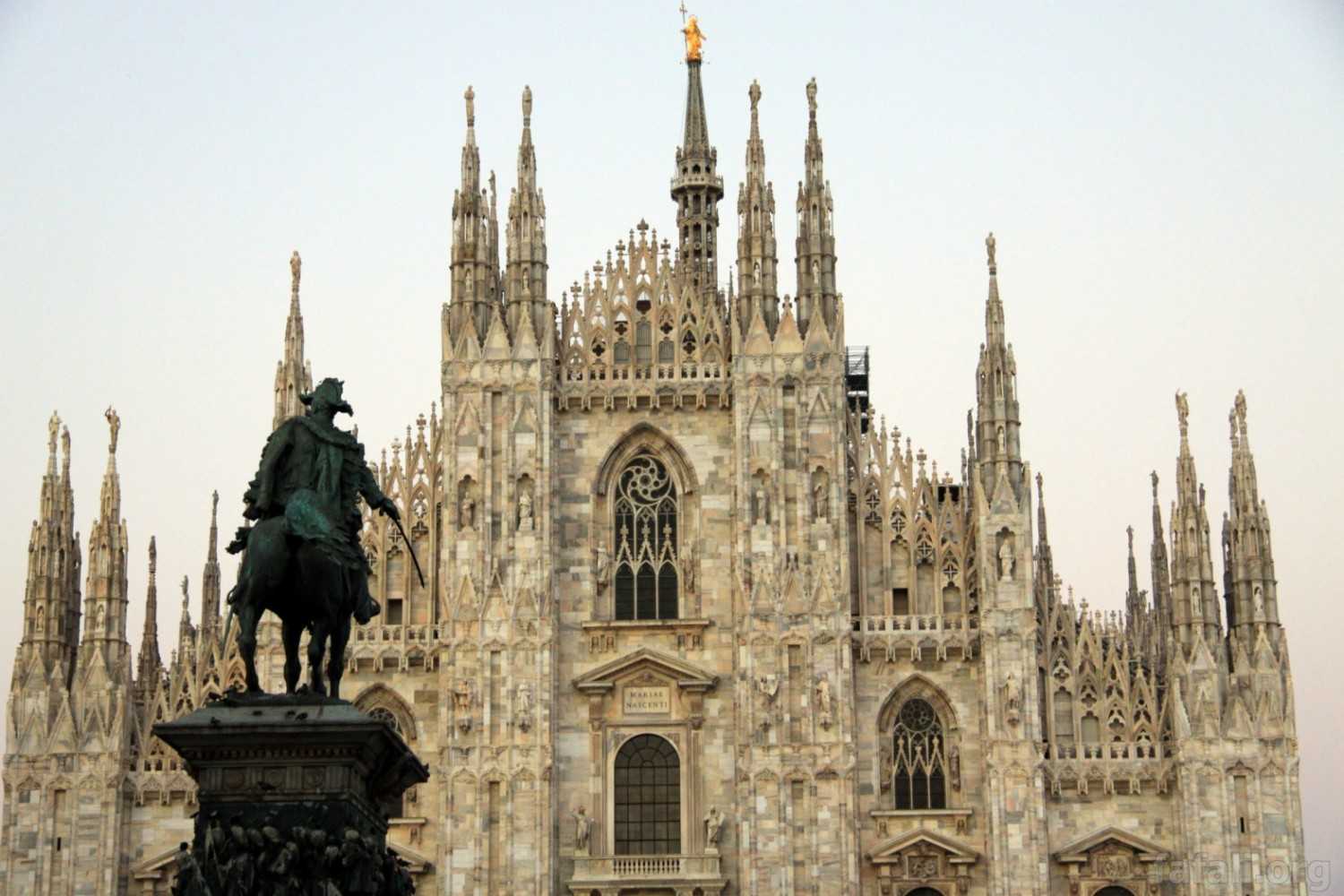 In 1482 Leonardo moved to Milan for the First time, to work in the service of the city’s duke, Ludovico Sforza. At this time he was a 30-year-old artist, who had recently received his first substantial commissions in Florence: the unfinished panel painting Adoration of the Magi for the monastery of San Donato a Scopeto and an altar painting for the St. Bernard Chapel in the Palazzo della Signoria, which was never begun.

Once he gave up both projects, there are theories about the real reasons for leaving Florence. It may have been that the rather sophisticated spirit of Neoplatonism prevailing in the Florence of the Medici went against the grain of Leonardo’s experience-oriented mind and that the more strict, academic atmosphere of Milan attracted him. Moreover, he was no doubt enticed by Duke Ludovico Sforza’s brilliant court and the meaningful projects awaiting him there.

Leonardo spent 17 years in Milan, until Ludovico’s fall from power in 1499. He was listed in the register of the royal household as pictor et ingeniarius ducalis (“painter and engineer of the duke”). Leonardo’s gracious but reserved personality and elegant bearing were well-received in court circles. Highly esteemed, he was constantly kept busy as a painter and sculptor and as a designer of court festivals. He was also frequently consulted as a technical adviser in the fields of architecture, fortifications, and military matters, and he served as a hydraulic and mechanical engineer. As he would throughout his life, Leonardo set boundless goals for himself; if one traces the outlines of his work for this period, or for his life as a whole, one is tempted to call it a grandiose “unfinished symphony.”