In 1931, Agnes went to Bellingham, Washington,
to help her older sister, who was pregnant.

[...] she left Canada in 1931 for Bellingham in Washington State, joining her sister Mirabel there, despite what she recalled as a terrible relationship with an intellectually inferior sibling. There are unanswered questions about the momentous relocation, including why Martin began high school again in Washington State, graduating at twenty-one; whom she stayed with during these years; and, most perplexingly, what really impelled her to leave home in the first place.

—Nancy Princenthal on the book Agnes Martin: Her Life and Art

[...] when she was nineteen, she left Vancouver for Bellingham, Washington, to take care of her sister, Maribel, now married, who had become ill during a difficult pregnancy. "I never went back," she says. "As soon as I came, I found out you could work your way through college in America."

—Benita Eisler, on her 1993 New Yorker profile of Agnes Martin 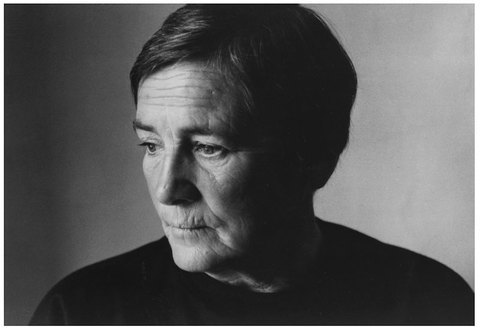 This timespace tells the story of the life and art of Agnes Martin.