The relationship to the images is largely determined by their function and status. Pop art radicalized such connections in the making of the aesthetic relation. Danto described its challenge as being that of “indiscernible counterparts that may have radically distinct ontological affiliations” and asked, “Why is Brillo Box art when the Brillo cartons in the warehouse are merely soap-pad containers?” (Danto 1981, 4; Danto 1993).

Danto's point was [...] that telling artworks from other things requires that they be constituted as “artistic” in virtue of theories and that it is therefore these theories that make “art” possible (Danto 1964). After all, there is no evidence that the painters of Lascaux or their contemporaries believed that they were making art, yet there now is such a thing as prehistoric art; [...] 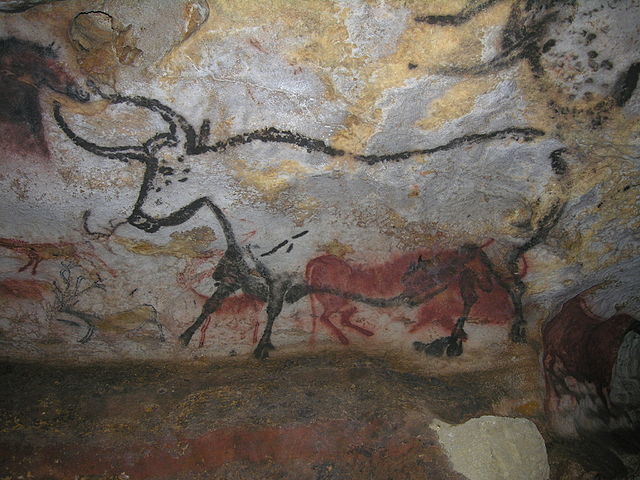 Cave paintings in Lascaux: did the painters think they were doing art as they painted these animals?...

[...] before the German psychiatrist Hans Prinzhorn and among others the artists Paul Klee and Wassily Kandinsky in the early twentieth century, the drawings, paintings, and sculptures of the mentally ill, of children, and of indigenous peoples were not “art.” 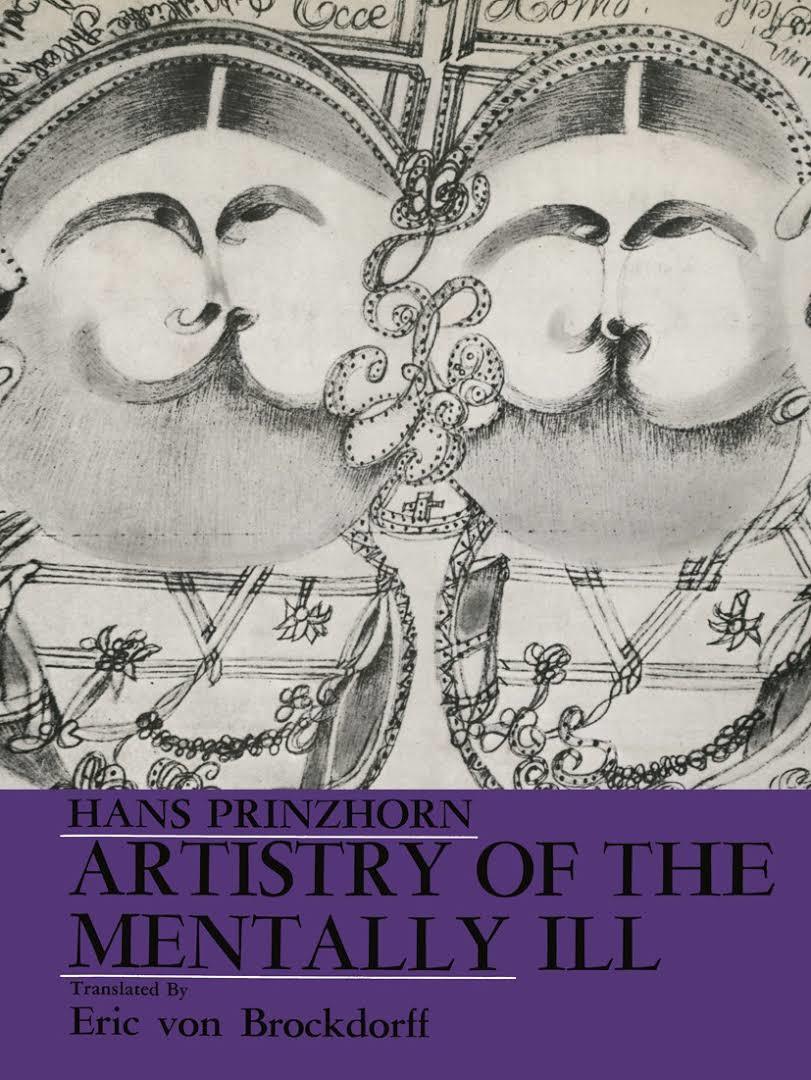 Cover of the book "Artistry of the Mentally Ill" by Hans Prinzhorn. Found at Google Books.

Artistry of the Mentally Ill on Google Books Die Dorfverrückte (1920), or The Village Madwoman, by Paul Klee. A drawing by Wassily Kandinski.

During the scandal that followed Australian aborigines’ painting over ancient “rock art,” a Ngarinyin leader declared, “Some told me recently that ‘rock art is dead.’ If ‘Art’ was dead, that would not matter to we Aborigines. We have never thought of our rock-paintings as ‘Art.’ To us they are images” (Mowaljarlai et al. 1988, 691).

There might be, as he acknowledged, an aesthetic innate sense, yet responses will differ depending on how objects are classed, and the differences will be “as deep as those between bodily movements and actions, between a person and a zombie, between a divinity and an idol” (Danto 1981, 100). In short, if the aesthetic response to artworks involves processes that response to non-art things does not, then the processes involved in reacting to non-art cannot be what defines art or aesthetic response (see also Danto 1997, chap. 5). This is so much so that preclassification of artworks (for example, as fakes or originals, Leder 2001) actually affects people’s preferences.

Neuroaesthetics holds the diametrically opposite assumption, namely that the ultimate grounds for our response to objects lies in object properties to which our brains automatically respond by virtue of their basic physiology. All the rest comes as a supplement.

On the interviews below, Arthur Danto exposes his thoughts on art: