Vito Marcantonio speaks to the US Congress about Albizu Campos

External Link: Vito Marcantonio speaks to the US Congress about Albizu Campos

Rss Feed: How to Hide an Empire

[On October 19, 1949 Congressman Marcantonio asked the House to "see to it" that the "outrageous ... police intimidation" of the Nationalist Party in Puerto Rico be ended at once.]

Mr. Speaker, again and again over the many years that I have been a Member of this House, I have taken the floor to plead the cause of the people of Puerto Rico.

They are a fine and noble people who for the past 50 years of occupation of their land by the United States have suffered a mounting toll of disease and poverty.

They are a proud people who -- as American citizens -- in moving to the mainland in a desperate effort to better themselves, have found nothing but slums, discrimination, and low-paid jobs as their lot in our cities.

They are a people whose treatment every day gives the lie to the fine talk of our delegates to the United Nations -- talk of the dignity of the human person and of the equality of economic opportunity.

The Puerto Rican people know nothing of these fine things in their lives, and as they read of our delegates to the UN arguing fervently for human rights for men everywhere, they have but to look at themselves and their children, at the disgraceful hovels in which they are crowded, at the walls of discrimination surrounding them, to dismiss all such talk by their own UN representatives as the sheerest hypocrisy.

As I have said again and again and as I repeat here today there can never be a solution of the economic difficulties of Puerto Rico, the root of every other ill suffered by the Puerto Rican people, until independence is granted to them. So long as Puerto Rico remains a colonial appendage of the United States, an exploited, one-crop sugar economy, it will continue to wallow in disease and poverty.

There can only be a resolution of these many problems by the Puerto Rican people themselves, working energetically and purposefully in their own interests and in their own sovereign independent land.

Despite this fact, despite the increasing conviction among the Puerto Rican people that only through independence can they ever hope to build decent lives for themselves and their children the Nationalist Party is daily harassed and terrorized by the police and the territorial government of the island. And the leader of that party, Pedro Albizu Campos, is hounded like a common criminal.

In 1947 he returned to his home after 10 years of exile in the United States. And to the eternal disgrace of our country, which itself was born out of a bitter struggle for independence and today still honors as its greatest heroes those men who led this struggle, this leader of Puerto Rican independence spent 6 years of his exile in the penitentiary in the United States.

Today he lives in San Juan under the type of police surveillance and intimidation that could only have been duplicated in Hitler Germany.

The home of Pedro Albizu Campos is surrounded day and night by police patrols, police cars, and jeeps with mounted machine guns. When Dr. Albizu Campos walks along the streets of San Juan, he is closely followed by four or five plain-clothes policemen on foot, and a load of fully armed policemen in a car a few paces behind.

Every shop he enters, every person to whom he talks, is subsequently visited by representatives of the police department. A reign of terror descends on the luckless citizens of Puerto Rico who spend a few minutes talking to Dr. Albizu Campos.

The Nationalist Party is a legal party in Puerto Rico. Its leader is an American citizen, supposedly enjoying all the rights and liberties of any other American citizen. Yet both he and his party are harassed and intimidated at every turn.

This absolutely unjustified and inexcusable conduct upon the part of the police and the higher authorities of Puerto Rico must stop at once. This is still a Government of laws and not of men. We have laws to protect us and to punish evildoers. We need no Gestapos in the United States. The situation which I have described here is an outrageous example of police intimidation. This House should take notice of what is happening in Puerto Rico and should see to it that the Territorial government and the Territorial police are put on notice to cease these activities at once.

This timespace is inspired by the 7th chapter of the book How to Hide an Empire, by Daniel Immerwahr. It tells the life of Puerto Rican nationalist Pedro Albizu Campos in the context of other nationalist movements and U.S. interventions in Latin America. 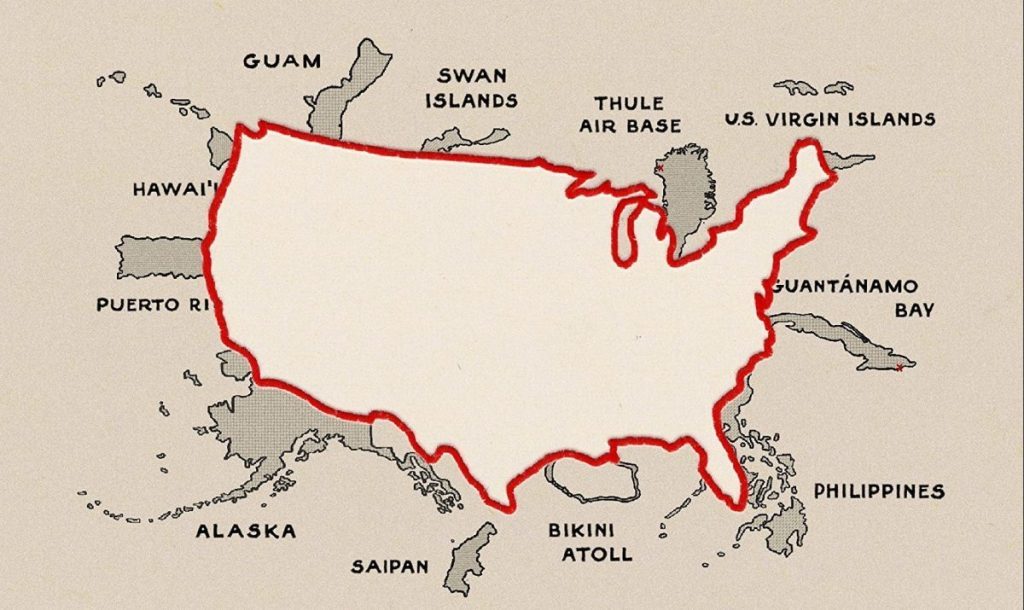 This timespace is inspired by the 7th chapter of the book How to Hide an Empire, by Daniel Immerwahr. It tells the life of Puerto Rican nationalist Pedro Albizu Campos in the context of other nationalist movements and U.S. interventions in Latin America.